The compositor is the component of Apertis that is responsible for drawing application windows and other graphical elements on the screen.

The compositor is a process responsible for combining surfaces (texture buffers) representing application windows into the single 2D image displayed on the screen. In an X11 environment, it combines the roles of a window manager and a compositing manager. In a Wayland environment, it also takes on the role of the display server from X11.

In Apertis 15.12 with either X11 or Wayland, the compositor runs as the mutter executable. This is a thin executable wrapper around the library libmutter, which provides the majority of its functionality; both of these components are part of GNOME's Mutter project. Additionally, the mildenhall-mutter-plugin component is loaded by the mutter executable as a plugin, and provides an Apertis-specific reference user experience (UX). Near-future versions of Apertis might move to a model more like GNOME Shell, where the component responsible for the compositor's UX is a standalone executable linked to libmutter, with the equivalent of the code from mildenhall-mutter-plugin included in that executable; this would have little effect on the compositor's behaviour.

If Apertis moves from Mutter to Weston as its compositor in a future release, we anticipate that the UX layer equivalent to mildenhall-mutter-plugin would become a Weston plugin.

In X11, unprivileged graphical programs cannot display their graphics before the display server has started. Programs arrange for their graphics to be displayed by connecting to the X11 display server and sending a request to create a window. Such requests are always granted: if the compositor has not yet been started, the X11 display server itself carries out fallback window management behaviour in which the window is displayed with the size and position that the program requested. If the compositor has already been started, the window is not immediately displayed, but is instead made available to the compositor, which may choose whether to composite the window into the final 2D scene (and if so, where to place it).

In Wayland, the compositor is the display server. Graphical programs arrange for their graphics to be displayed by creating a buffer (a surface) in GPU memory, drawing their text, images etc. into that buffer, then sending requests to the Wayland compositor which ask the compositor to include that surface in the final 2D scene. Unprivileged programs cannot display graphics until the compositor is ready, so we can be sure that the compositor's policies are applied to every surface.

We aim to provide the usual security properties described in the Security design document:

for the two mechanisms provided by the compositor:

Wayland Compositors - Why and How to Handle Privileged Clients provides a good overview of how those security properties apply to compositors.

In GNOME 3 on either Wayland or X11, GNOME Shell is a standalone executable linked to the libmutter library, similar to the design proposed above.

“The platform” refers to the overall Apertis platform, including the compositor, application manager and so on.

Because we anticipate that the desired graphical presentation and user experience (UX) will be a point of differentiation for OEMs, each of these requirements should be interpreted as a requirement that it is possible for the platform to behave as specified, and a recommendation that OEMs’ platform variants should do so unless it conflicts with their desired UX. For example, for brevity, we will use “the compositor must …” as shorthand for “it must be possible for the compositor to …, and we recommend that OEMs’ compositors should have that behaviour unless it conflicts with their desired UX”.

In some circumstances, such as when the Apertis device is switched on for the first time, it must go into a default state.

(These are aspects of input and output availability).

In addition to the home screen, there might be UI elements which are outside the scope of any particular application window, such as a status bar, Notifications, System-modal dialogs, or the UI controls used for application-switching.

(These are aspects of input and output availability).

When a graphical program is launched, after carrying some non-graphical initialization, it will create a surface, fill it with the first frame that it wants to be displayed, and submit that surface to the compositor for display.

In some circumstances, such as when the Apertis device is switched off with a particular app active, UX designers may wish to return to a previous saved state, for example one that was saved during device shutdown (“last-used mode”).

The user should have the opportunity to switch between the main (top-level) windows presented by various programs.

A graphical program might include dialogs in its UX.

A graphical program might include pop-up or drop-down menus in its UX.

External events might result in a notification, typically implemented as a “pop-up” window.

These notifications should be displayed by the platform user interface (HMI), either as part of the compositor (like in GNOME Shell) or a separate process.

GNOME's design page for notifications, in addition to GNOME's own designs, has some useful references to other platforms in the “See Also” section.

A graphical program might attempt to get the user's attention by creating new main windows while it is in the background.

In some situations the platform may need to ask the user for input, in such a way that the user can be confident that their input will in fact go to the platform and not to a potentially malicious app-bundle. One prominent example of a trusted input path is the “Ctrl+Alt+Del to log in” mechanism in Windows operating systems: Windows does not allow ordinary applications to intercept this key sequence, which means that the user can be confident that the resulting login dialog actually belong to Windows, and not an ordinary application that is mimicking it.

GNOME uses system-modal dialogs for a similar purpose when carrying out platform-related actions like asking for confirmation of a potentially dangerous system-wide action or when unlocking access to stored passwords: to make it more difficult for an ordinary application to present the same visual effect, GNOME 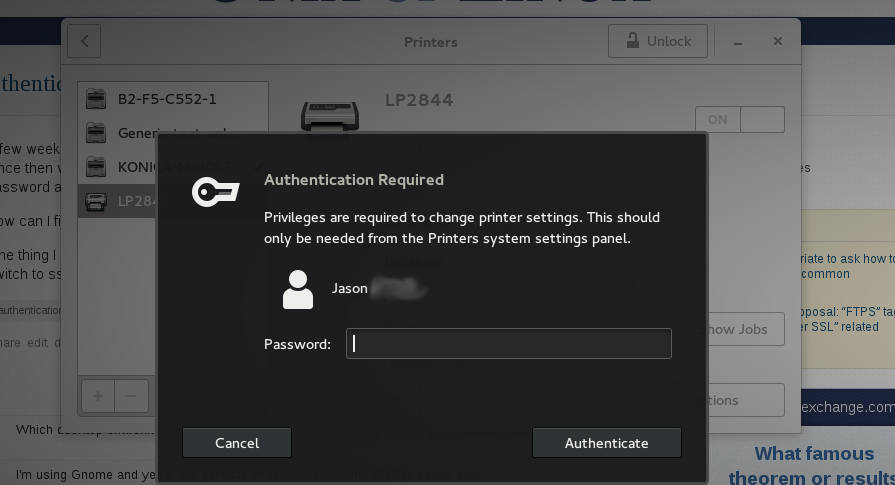 Interaction with the automotive domain

The UX of the automotive domain might reserve particular areas of the screen for platform UI and/or a trusted path. If it does, the compositor in the infotainment domain must avoid relying those areas for its own UX (either for application windows or its own platform UI), because they would never be visible in practice: the automotive domain would draw its UI elements “above” the output of the compositor.

Unresolved: Are trusted input and output paths to the automotive domain within the scope of this document?

Some of these requirements are known to be impossible to meet in X11, so we do not aim to solve them there.

Platform features which are likely to be useful in implementing this: